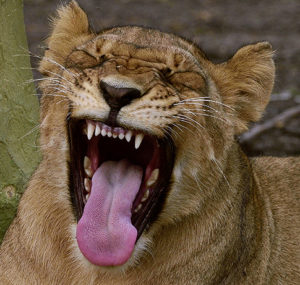 Olivier Grunewald, photographer of origins :  After studying advertising and industrial photography, Olivier Grunewald began his career as a climbing, mountaineering and extreme sports photographer. He received the Fondation de la Vocation Award and set up his studio at the end of a rope for several years to show the development of the professional climbers. But the call of wild nature prevails and for thirty-five years, Olivier has criss-crossed the wildest spaces on the planet. He is fascinated by erupting volcanoes, photographing with infinite patience the aurora borealis, waiting for these magical lights that magnify the landscapes, and capturing the fleeting moments of wild life. His different reports have made him awarded four times in the prestigious World Press Photo and several times Wildlife Photographer of the Year, initiated by the Natural History Museum of London. The phenomena of the natural world fascinate  Olivier Grunewald and keep his passion intact. For him, «Photographing is as much a goal as a pretext for immersing oneself in the heart of the forces of Creation». With his wife, the journalist and geographer Bernadette Gilbertas, they made some reports published in the French and foreign press : Le Figaro Magazine, Géo, Ca M'Intéresse, Grands Reportages… National Geographic, Sunday Times, Washington Post, Stern, Terre Sauvage, Specchio, Focus Italie, Science Illustrated, L'Illustré, Courrier Japon, BBC Wildlife magazine… In 2018, Olivier has exposed his project «ORIGINES» on the "Jardin du Luxembourg" , a large photographic fresco about the history of the Earth and gathering images taken during 35 years of travels and explorations. This project is being presented today at the Planetarium in Montreal, Canada. Olivier and Bernadette are also authors of more than 15 beautiful books published by Denoël, Nathan, Le chêne, La Martinière, including «ORIGINES» by Paulsen. https://oliviergrunewald.photoshelter.com/index https://origines-project.com/

Gorongosa, the park of hope :  Ravaged by years of war, the Gorongosa National Park in central Mozambique, considered in the 1960's as the richest park in Africa, is being reborn from its ashes. Reintroductions of species, scientific monitoring, development of local agroecology, education programs for the surrounding populations, fight against poverty and the plundering of natural resources, etc. Mozambican President Joachim Chissano, driven by the desire to make his country’s national parks a tool for human development, is seeking support from an American philanthropist who has been involved in humanitarian projects for a long time. In 2008, he invested his fortune, his time, and signed a collaboration agreement with the government for 20 years for the rebirth of the park ; this agreement has been extended in 2018, for another 25 years. In addition to the reintroduction of species, monitoring and scientific research, many educational, health and social programs is helping populations. A vast project of coffee-growing areas associated with the reforestation of Mount Gorongosa is being set up to revive these mountains that remained for a very long time the base camp of the opposition party. For many weeks, Olivier Grunewald and Bernadette Gilbertas, commissioned by the magazine GEO, crisscrossed the park, met with scientists, followed educational and health programs and looked out for wild life in this immense delta where life was reborn. The publication of this report is scheduled for October in the n°500 of the magazine Géo. 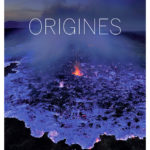