Stefan is a nature photographer and filmmaker from Germany, who is mostly known for his images of Antarctica and the emperor penguin colony of Atka-Bay. His unique work has appeared in numerous international publications such as National Geographic Magazine and BBC Wildlife Magazine. Stefan has worked as a photographer and camera assistant for the BBC Natural History Unit and was part of the team, that produced the emperor penguins episode for BBC Dynasties. His images have won numerous awards, such as the NHM Wildlife Photographer of the Year Portfolio Award in 2019. Stefan deeply cares about the polar regions of our planet and hopes, that his imagery and stories from Antarctica can help to save this beautiful habitat and its marvelous inhabitants.

Emperor penguins are fantastic birds who live in a hostile environment like no other on the planet. Their survival on the Antarctic sea ice is only enabled by the very strong links they form amongst each other - bonds, which I call "Penguinlove". Penguinlove describes the deep connection that emperor penguins have towards their habitat as well as the other birds in the colony, with whom they share their body heat during winter time. However, it also describes the deep connection they build up with their breeding partners, where they undergo a graceful mating ritual and rely on each other in the upbringing of their offspring. Ultimately, it describes the connection they develop towards their egg and their chick which plants the seed of Penguinlove in the following generations. It is passed on every year as the chicks hatch, grow up and later on fledge. Unfortunately climate change is the only problem which cannot be solved with Penguinlove. For this other adaption strategies are necessary, which will also be displayed in the exhibit. 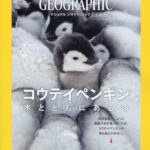